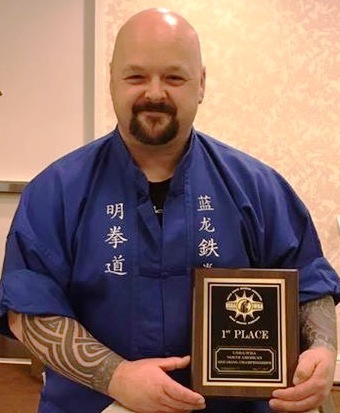 Sifu Keith’s love of Martial Arts sees him with a mixed background that started with Kung Fu at the age of four under his Father Sibo Jon Fanning who sadly passed away in 2013.

Along with Sifu Keith’s love for Kung Fu, he studied other Martial Arts training to be a more rounded martial artist, currently holding a Brown Belt in traditional Jiu Jitsu and the rank of Kru in Muay Thai. He also trained in Full Contact Kickboxing for three years before moving to London, England in 1996 to train full time in Kung Fu with Sibo Fanning.

In April 2006, Sifu Keith journeyed back to London to take part in a breaking exam which saw him pass with flying colours and be awarded the ‘Iron Palm Medallion’. This level had not been reached by anyone since 1973.

Sifu Keith’s love for Hard Chi Gung (Block Breaking) has seen him bring the first Irish Team of breakers to Orlando FL. in 2007 for the USBA/WBA world breaking championships. Then in 2008, he went back to the U.S.A with a team of nine and took home 15 trophies including two 1st places. Again in 2009, he took a seven man team and, this time took home thirteen trophies, in 2015 he made a return to the US open with his training partner Mac, they managed an impressive 2 firsts 3 seconds and 1 third place trophies. In 2016 he brought the Blue Dragon team to the first USBA/WBA European tournament in London, taking home 3 European championships and a big haul of medals and trophies

At present, Sifu Keith holds an 8th Duan Master Grade in Blue Dragon Iron Fist Kung Fu and was also recently promoted to international representative for the IWUF (international wushu federation) for Ireland. In 2015 he was promoted to local director for Ireland by the USBA/WBA. Among his other certificates he also holds a teaching certificate in Chi Gung issued by GM Chu. 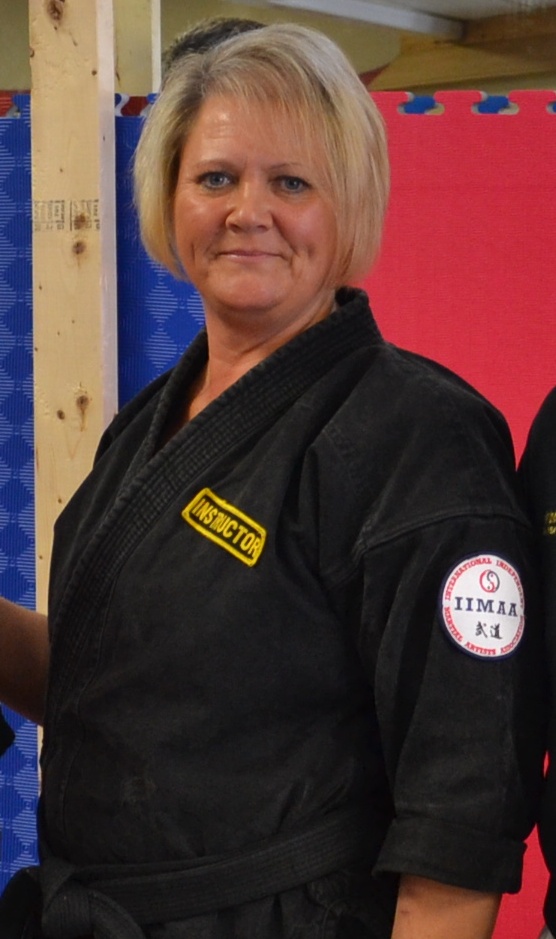 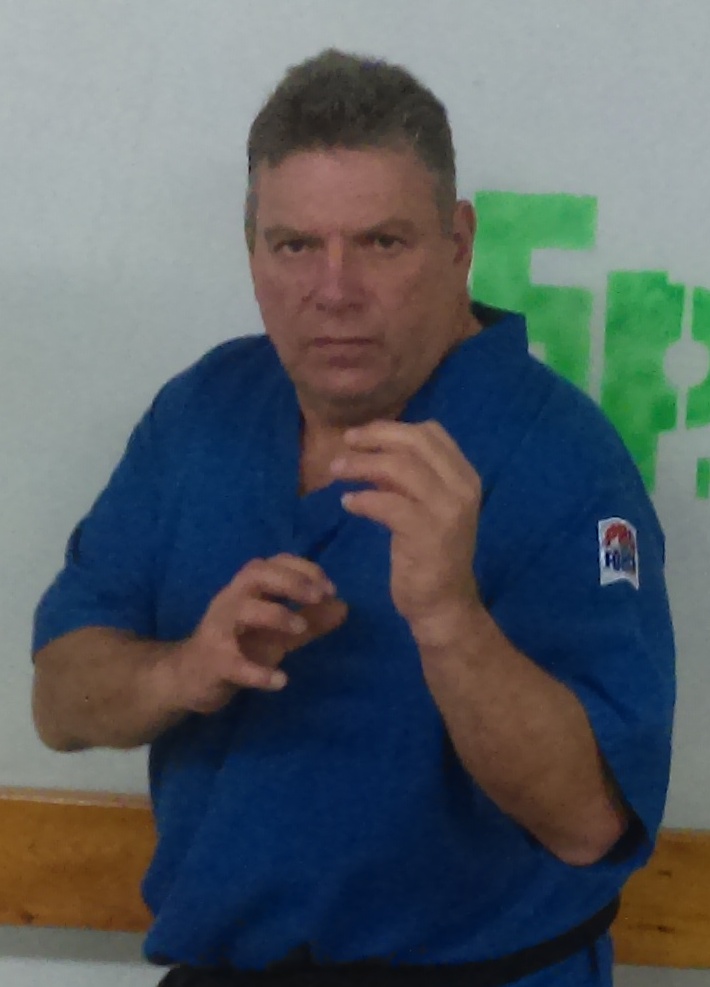 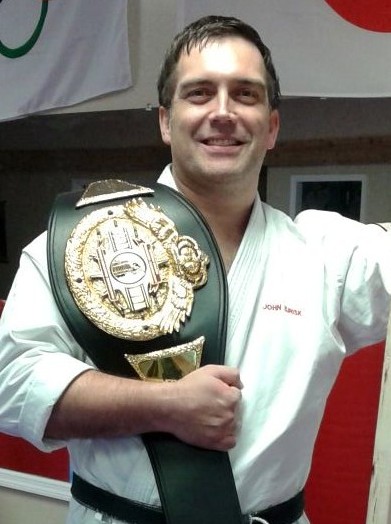 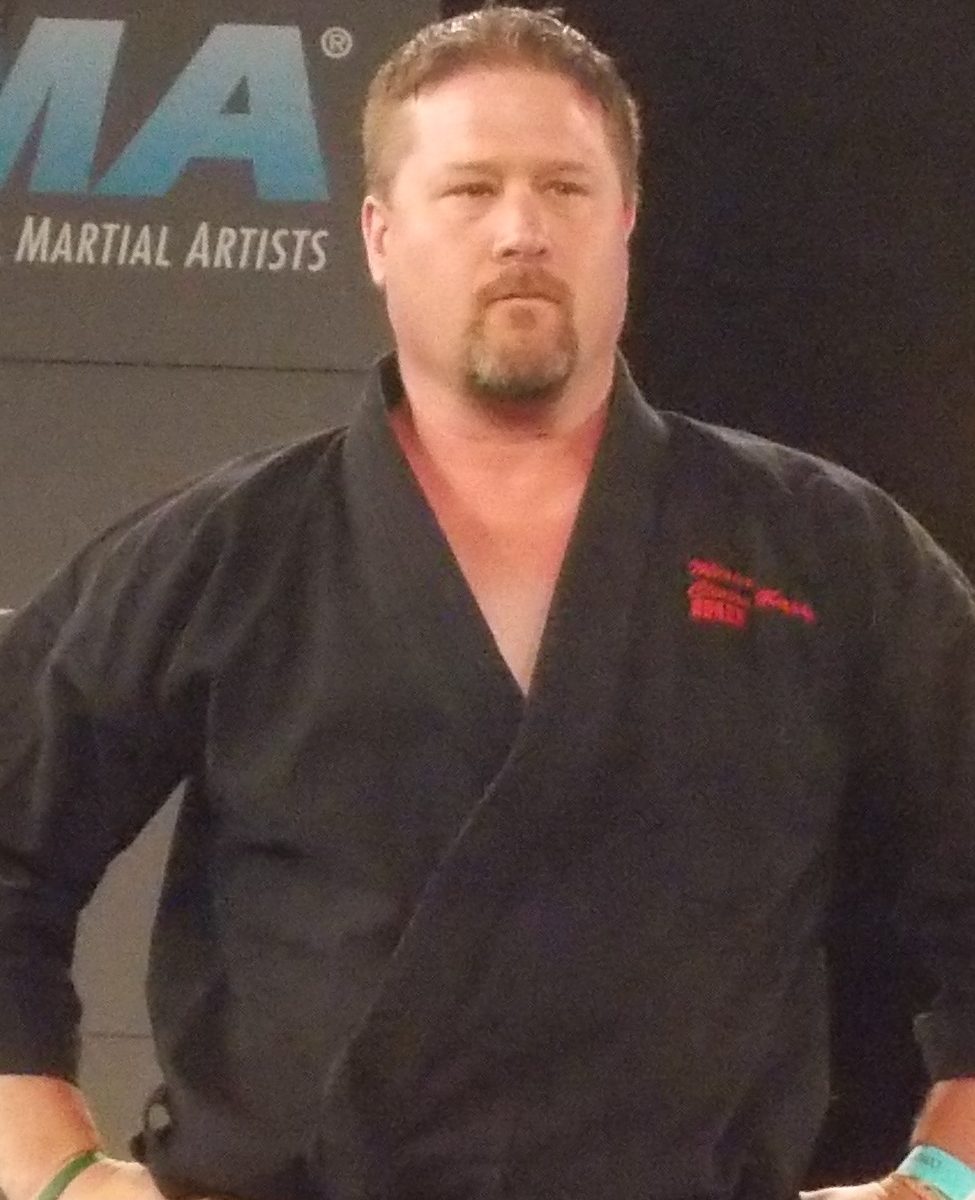 Master Clinton Murphy is a native of Brookfield, CT graduating High School in 1989. After high school, Master Murphy found himself looking for something to take the place of the fulfillment he found playing high school football and discovered the Martial Arts. He began studying Filipino Kun Tao with the LaBonte family in Brookfield. When his instructor moved out of state, he continued studying under Master Ralph Bergamo for the next 18+ years to achieve the level of 5th degree Black Belt.

As an established Black Belt with Bergamo’s Martial Arts, Master Murphy began competing with Team Bergamo in Breaking and won competitions on the state, regional, national and world levels, including 3 consecutive Heavyweight World Champion Belts in Power Breaking. Master Murphy has been seen competing on ESPN2, as well as being spotlighted in a Discovery Channel Documentary called “Xtreme Martial Arts,” an appearance on The Late Show with David Letterman, and a supporting role in the motion picture “The Agent.”

In 2008, Master Murphy opened his own school teaching in the Southwest corner of Connecticut. Today, at Modern Self Defense and Training Center, Master Murphy is a 5th Degree Blackbelt and teaches classes for adults and children, as well as continuing to compete around the country along with his two children, Samantha and CJ. He has been named a Local Director for Connecticut by the USBA/WBA where he enjoys judging and mentoring both kids and adults who find the same passion and excitement as he does in Breaking. 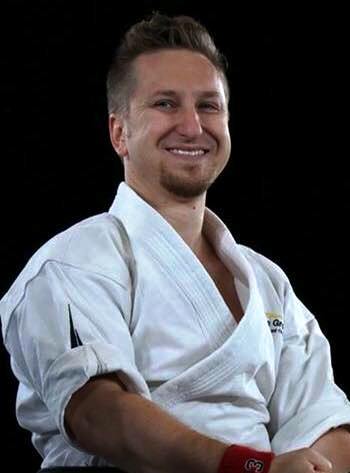 Master Grogin started training in Karate in 1987. Since then he lives martial arts. In 1992 he switched to Tae Kwon Do which to this day has remained his main style of focus. In 2005 he opened Pil-Sung Martial Arts in Albany, NY. Over his years in martial arts, Master Grogin has also spent time training in; Wu Shu, Wing Chun, Kung Fu, Capoeira, Kumdo, Gymnastics, & Extreme Martial Arts. He current holds a 5th Dan Black Belt in Tae Kwon Do, a Black Belt in Karate and Combat Hapkido. Since the late 1980’s through now, Master Grogin competed in hundreds of martial arts tournaments, including World Tae Kwon Do Federation Tae Kwon Do, Wu shu, NASKA, KRANE, ISKA and USBA/WBA Breaking Competitions. He holds multiple titles in Tae Kwon Do Competitions as well as Breaking. He holds such titles as; North American Champion, European Champion and World Champion in competitive Breaking, as well as having been inducted into the Hall of Honors Martial Arts Hall of Fame. He was featured on ESPN2 multiple times.

In 2007 Master Grogin established the Annual North East Open Martial Arts tournament and showcase, held in Albany, NY annually. He is the co-founder of 518 Martial Arts, a local competition circuit in Upstate NY. He is on the Board of Advisors for the American Filipino Kun Tao Federation, is a repeat staff member of the Super Summers Seminars hosted by the Zen Do Kai International organization. He has also been a featured instructor at the World Kobudo Federations International Conventions. 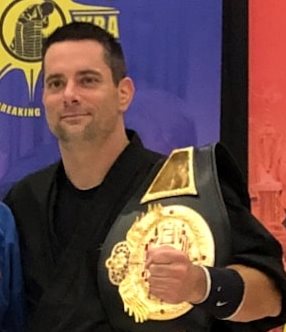